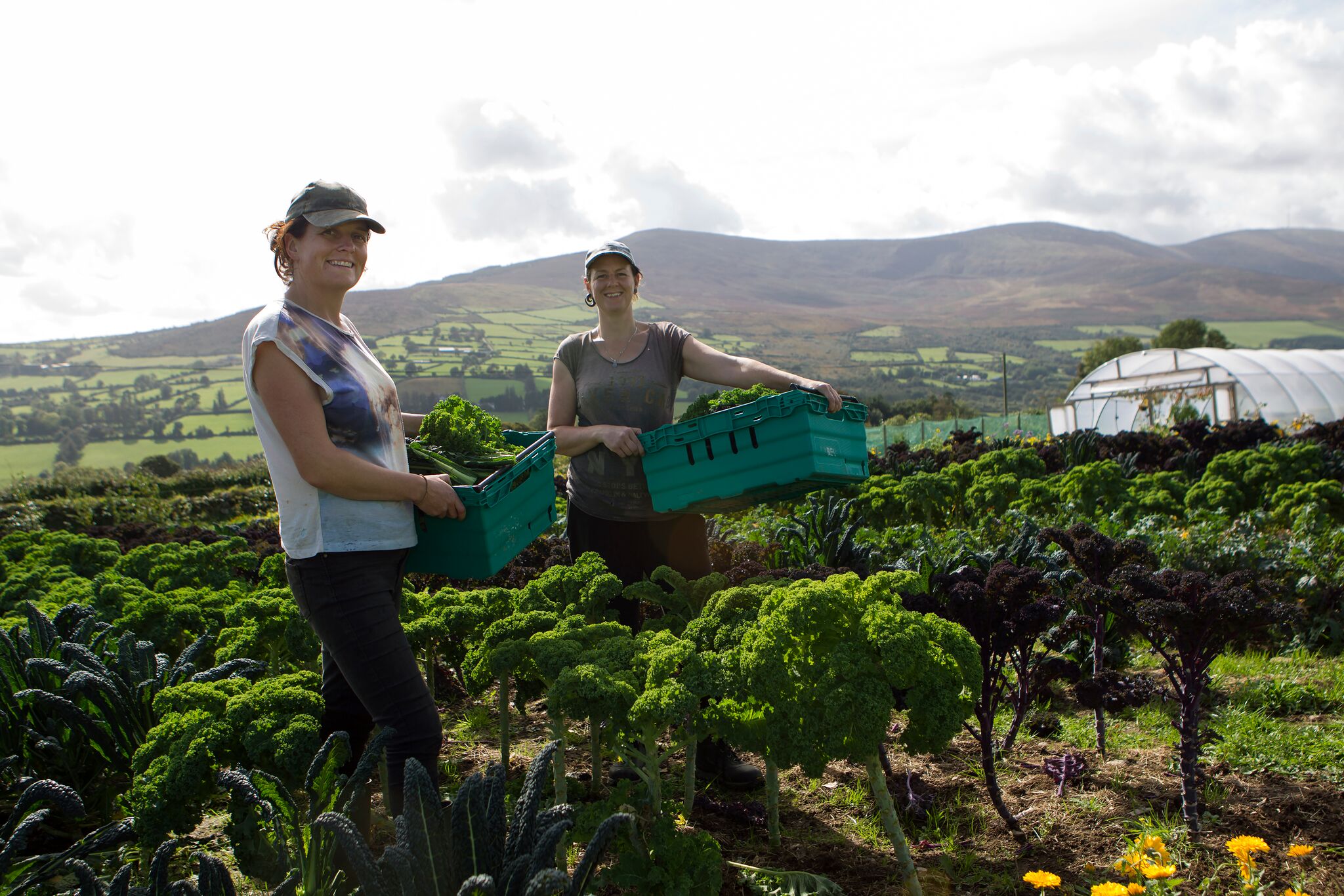 Gorse Farm is a market garden, located in Bunclody on the border between the counties of Carlow and Wexford. The garden is run by Jenny Watkins and Janet Power, both Organic enthusiasts with a passion for healthy natural foods. The vegetable garden operates within the Organic standards and received full Organic Certification in February 2018.

The idea for Gorse Farm came about when Jenny and Janet, both graduates of the Organic College in Dromcollogher Co. Limerick, decided to bring their skills together and establish an organic vegetable farm in the sunny south east. The farm is located in a very scenic spot looking out at Mount Leinster and the Blackstairs mountain range. The project began in the winter of 2015/2016 with the planting of more than 400 trees as a shelterbelt. By summer 2016 two 50ft polytunnels were constructed and a few months later Gorse Farm produce was on the shelves in local Supervalu’s in Wexford.

Farmers have long since been seen as custodians of the land but this reputation has sadly been tarnished by widespread use of agrochemicals in the last 50 years. Organic farming on the other hand represents a return to pre-industrial farming values. This ethos is at the core of Gorse Farm as it encompasses a holistic approach to healthy food production, land management and care of the environment.